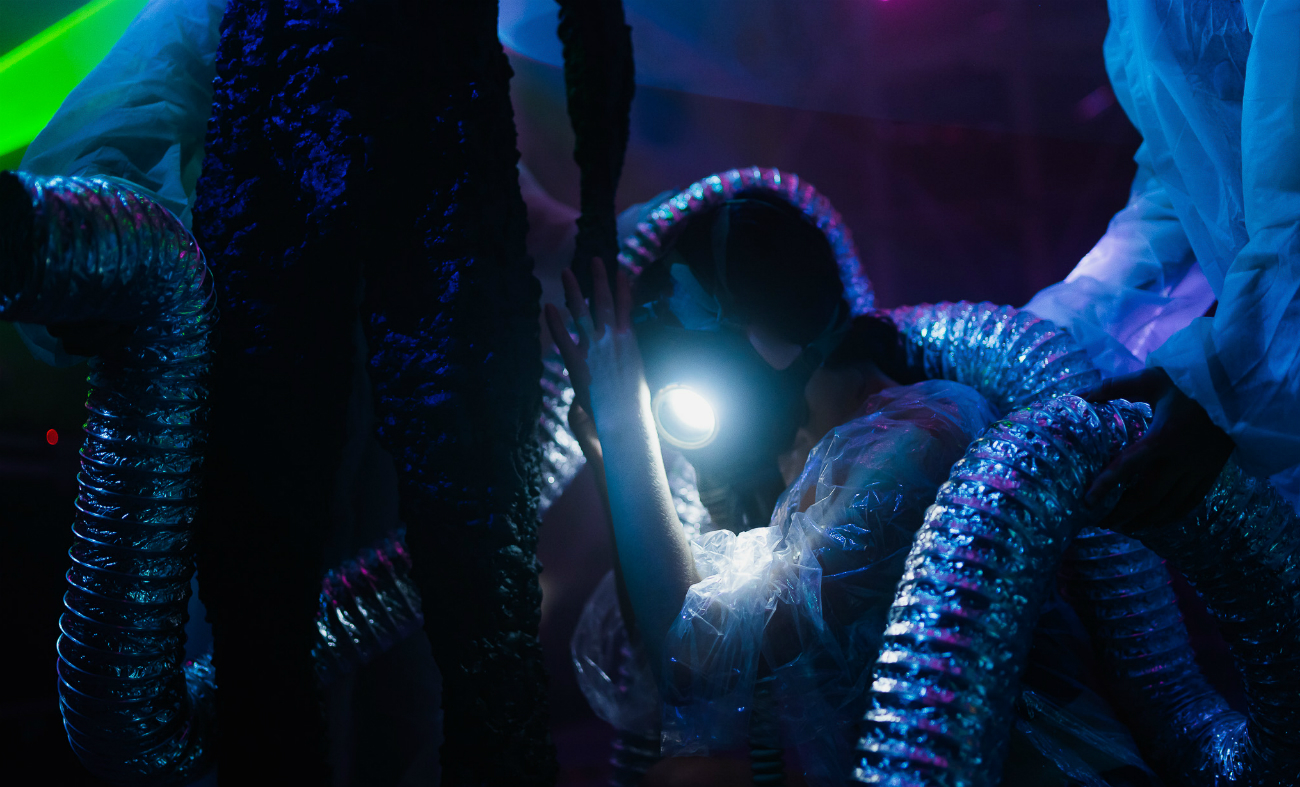 “ARTIFACT: The First Chornobyl Art Rave” is an innovative social art cinema within the framework of the large-scale cultural project ARTIFACT. It calls for attention to the information tragedy of the Chornobyl disaster, namely the silencing, propaganda and dissemination of fake facts by the Soviet authorities.
The tape will show the evolution of the ARTEFACT project from the first activation of a digital sculpture in the center of Pripyat, whose presentation took place in November 2018 and was then written by The Guardian, El Confidencial, VICE, Bloomberg, Reuters, Associated Press and has reached over 80 million people around the world. Through the second activation and opening of the portal to Chernobyl at the Burning Man Festival in 2019, to the third activation – the largest digital sculpture “Chornobyl Radiance” at the Doug facility in the Exclusion Zone.

The tape will also tell about the importance of the international media art exhibition ARTEFACT: Chernobyl 33, which united over the rethinking of the Chornobyl tragedy by artists from all over the world and took place in the center of Kiev at the River Station and is now preparing for world exposure.

Through analytical research work and creative moves, with elements of art-performance in documentary cinema, the film will give new meaning to the Chornobyl disaster and will draw attention to the problem of consumption and dissemination of information in the modern world.

“Chornobyl is an example of an information disaster caused by the propaganda machine of the USSR. We didn’t know anything about her then, we don’t know anything today. Moreover, we do not want to know and understand how to protect ourselves from radiation, why the tragedy happened and how to prevent it from happening today, ”- says Valery Korshunov, author of the ARTEFACT project.

ARTEFACT: Chornobyl’s first art rave will be referenced in the movie “Stalker”. The tape will tell how contemporary art can solve the most difficult issues and rethink conflicts in the nation’s historical past. It will be presented in three languages at several international festivals.

The film is part of a large-scale cultural national project to rethink the information component of the Chernobyl disaster. The project touches on important issues of the information age – fake news, information manipulation, media literacy. The international immersive media art exhibition ARTEFACT: Chernobyl 33 will be shown at the Rivne River Railway Station from September 26 to October 6 at the opening ceremony on September 26. by her. Entrance to the exhibition will be free. 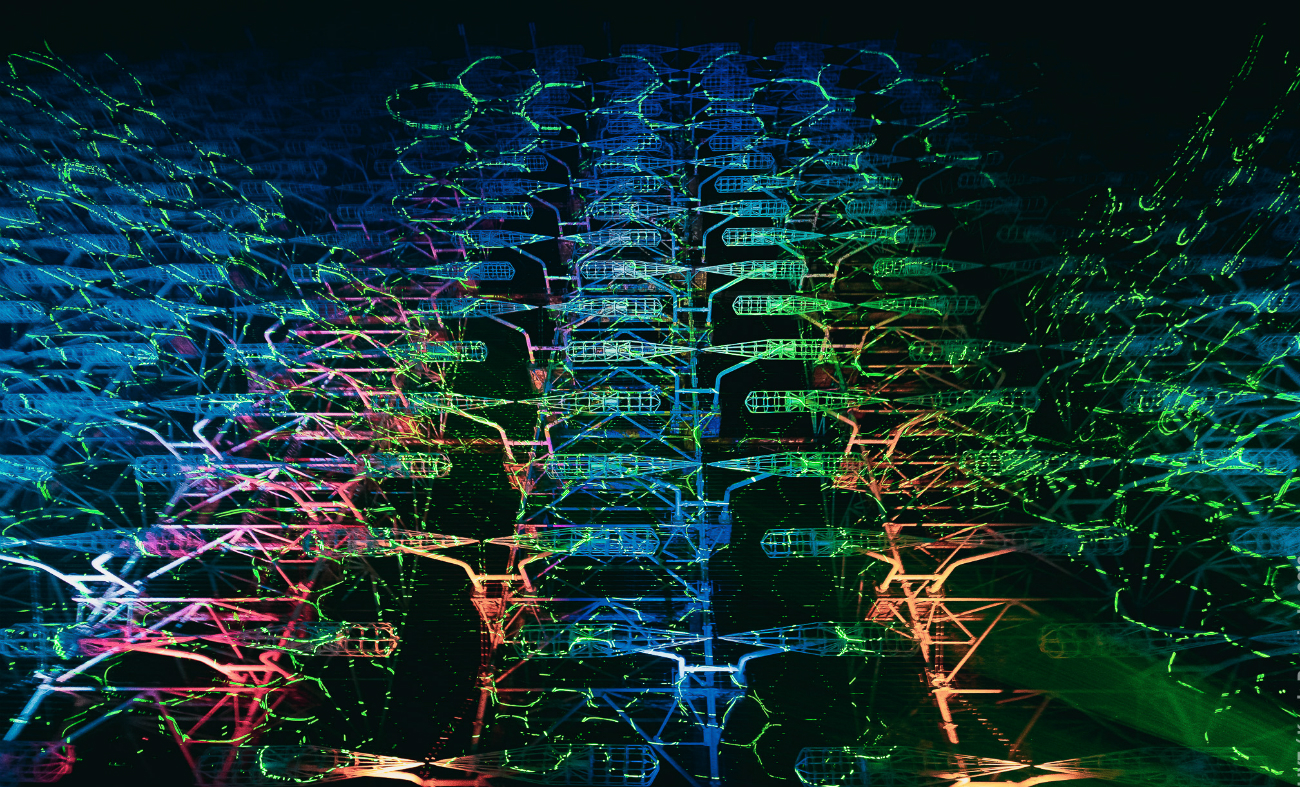 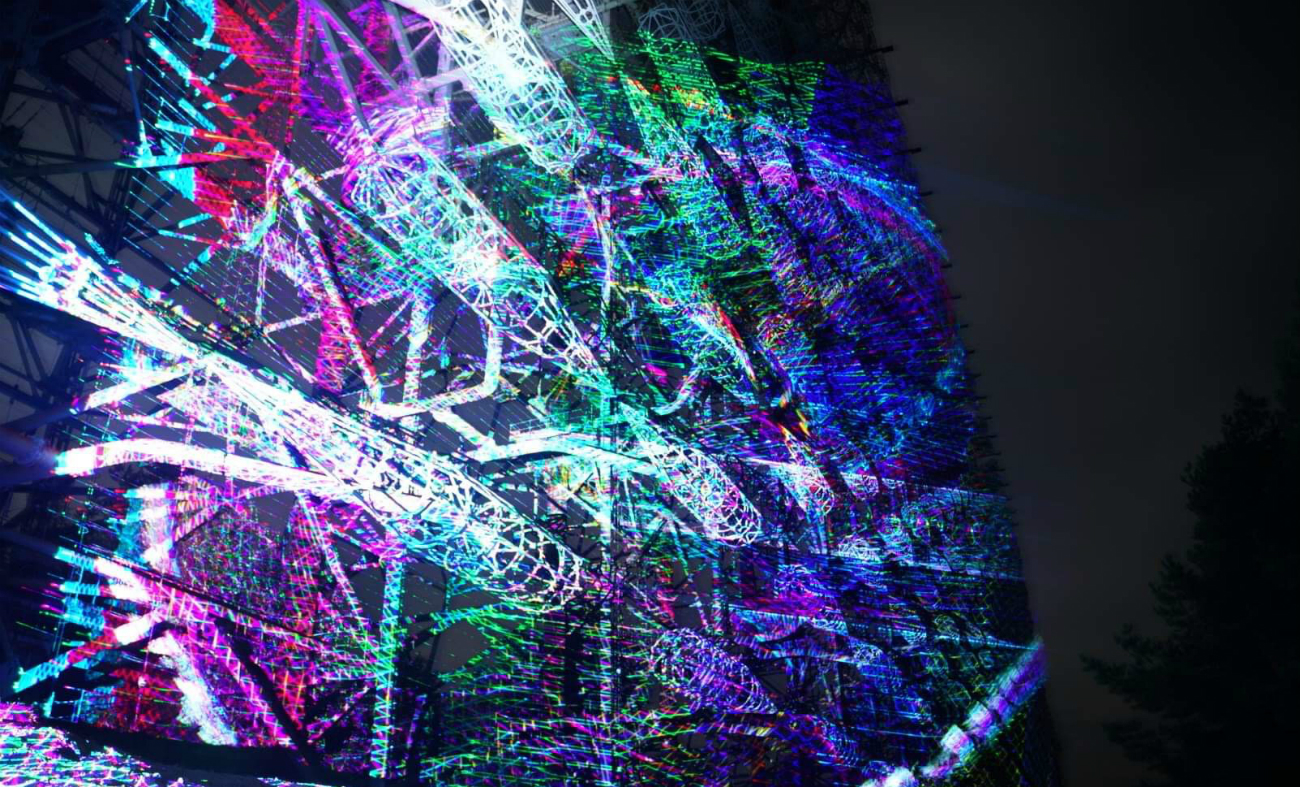 ARTEFACT project artists created the largest digital art sculpture in Chernobyl - the "Chornobyl Radiance", which also became the largest laser installation in Ukraine. The radar station "Doug" shone for about an hour during the shooting of the documentary art-movie